Lightbox Cinema and Adam Mendez (Foley Sound Recordist ‘Fantastic Mr Fox‘) have presented Make Some Noise! at Flatpack Festival, Birmingham and The Lost Picture Show, No Direction Home. The workshops are designed to open up the world of silent film,  and gives families the chance to compose new soundtracks to the hilarious and magical short films of RW Paul. Children will get the chance to make their own percussion instrument and together with our props; coconut shells, flip flops, cabbages and more, they can play along to the films and learn all the tricks of the foley artist. Photos by Chris Keenan. 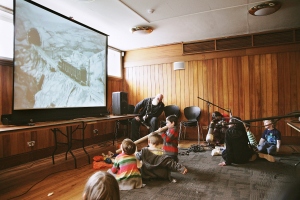 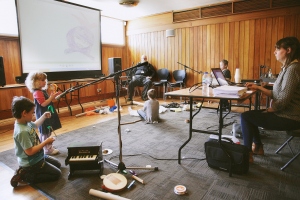 This video is the combination of two separate workshops at Flatpack Festival 29 -30th March 2013. On Friday 29th Children aged 6 -12 were give a masterclass in animation each creating 3 – 10 second hand-drawn animations. The following day the children were invited back to the festival to create their own soundtracks for their animations in the Lightbox Cinema foley workshop. The result created a crazy cacophony of sounds to some very imaginative animations.